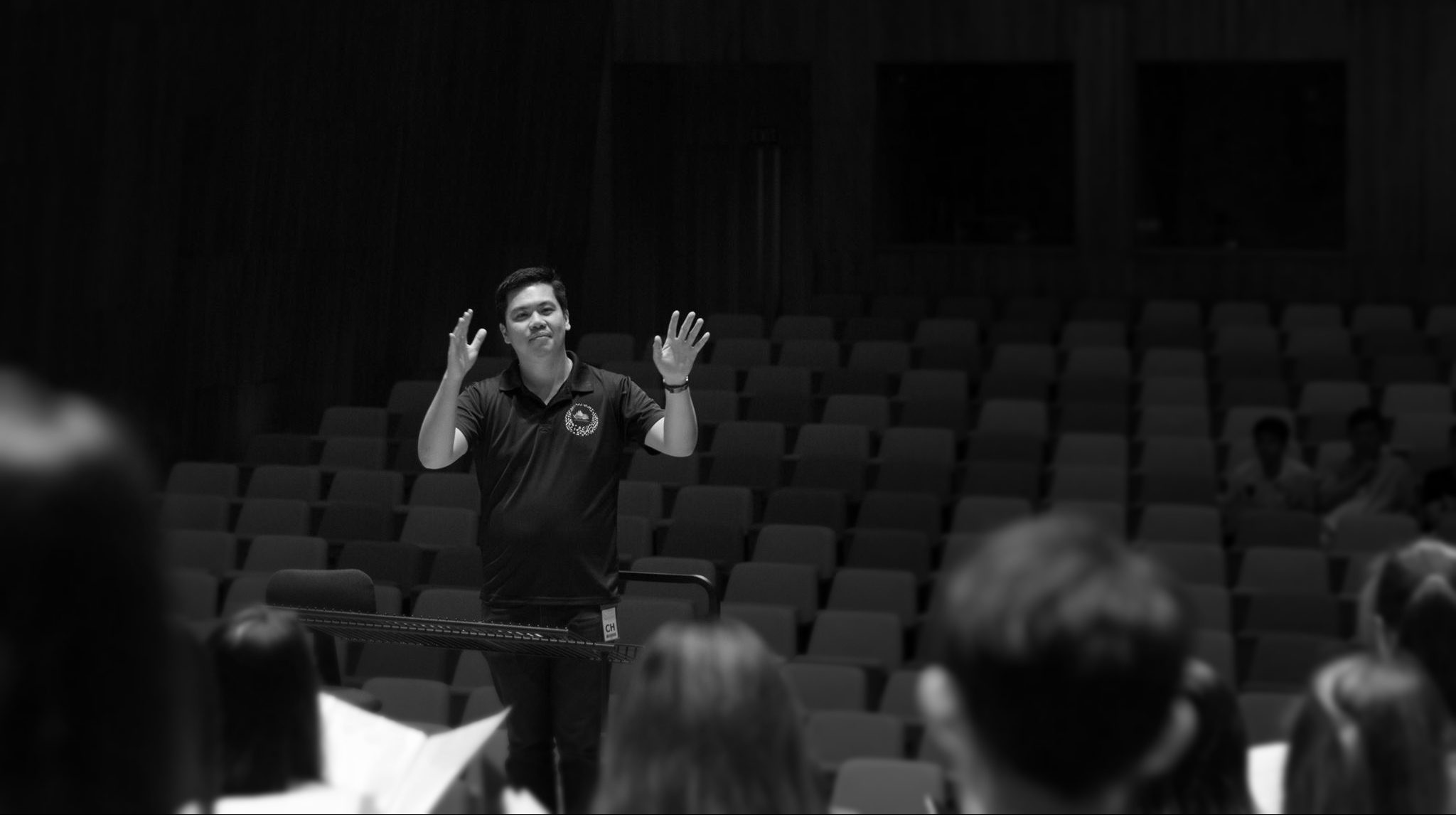 Foong Hak Luen, Masters in Choral Conducting (Magna Cum Laude) from the University of St. Joseph, Fellowship in Choral Conducting from London College of Music and Associate in Voice from the Trinity College of London. He is the only choral conductor in Singapore to have choirs attained the Gold with Honours Awards at the Primary, Secondary and Junior College level. He also led all his choirs to attain Distinction awards in the Singapore Youth Festival Arts Presentation 2013, 2015 and 2017. In the international arena, Hak Luen has led choirs to achieve Gold awards at many international choral competitions held in Italy, Czech Republic, Slovakia, Russia, China, Taiwan, Thailand and Malaysia. He was specially awarded the Outstanding Conductor Prize for his excellent work with choirs at these competitions in 2009, 2011 and 2013.

He started his choral journey singing in one of Singapore’s premier semi-professional choir, The Vocal Consort, where he developed his knowledge of singing and conducting skills under the baton of Mr Nelson Kwei. He received voice coaching from Mr Thomas Kuek, Dr Wong Su Sun, Mr William Lim and has obtained Professional Performance Certificate in Singing (Baritone) and ATCL Recital in Singing (Counter-Tenor) from the Trinity College of Music, London.

Other than competitions, Hak Luen was also invited by the Singapore Chinese Orchestra to be the Chorus Master for the Voices of Harmony Concert at the Singapore Indoor Stadium directing a 200 strong choir in 2009 and for Kit Chan: My Musical Journey Concert in 2011. He was also selected to be the deputy conductor for a choir under the new Music Talent Development Center (MTDC) programme headed by the Co-Curricular Activities Board (MOE) to train young choristers for all the secondary schools in Singapore.

In 2015, Hak Luen took up the role of Festival Director of the Inaugural Singapore Choral Festival which sees over 1000 singers from 35 choirs performing in 3 concerts in the Victoria Concert Hall during the National Day weekend. The festival was a SG50 celebration event supported by the Ministry of Culture, Community & Youth and the National Arts Council.