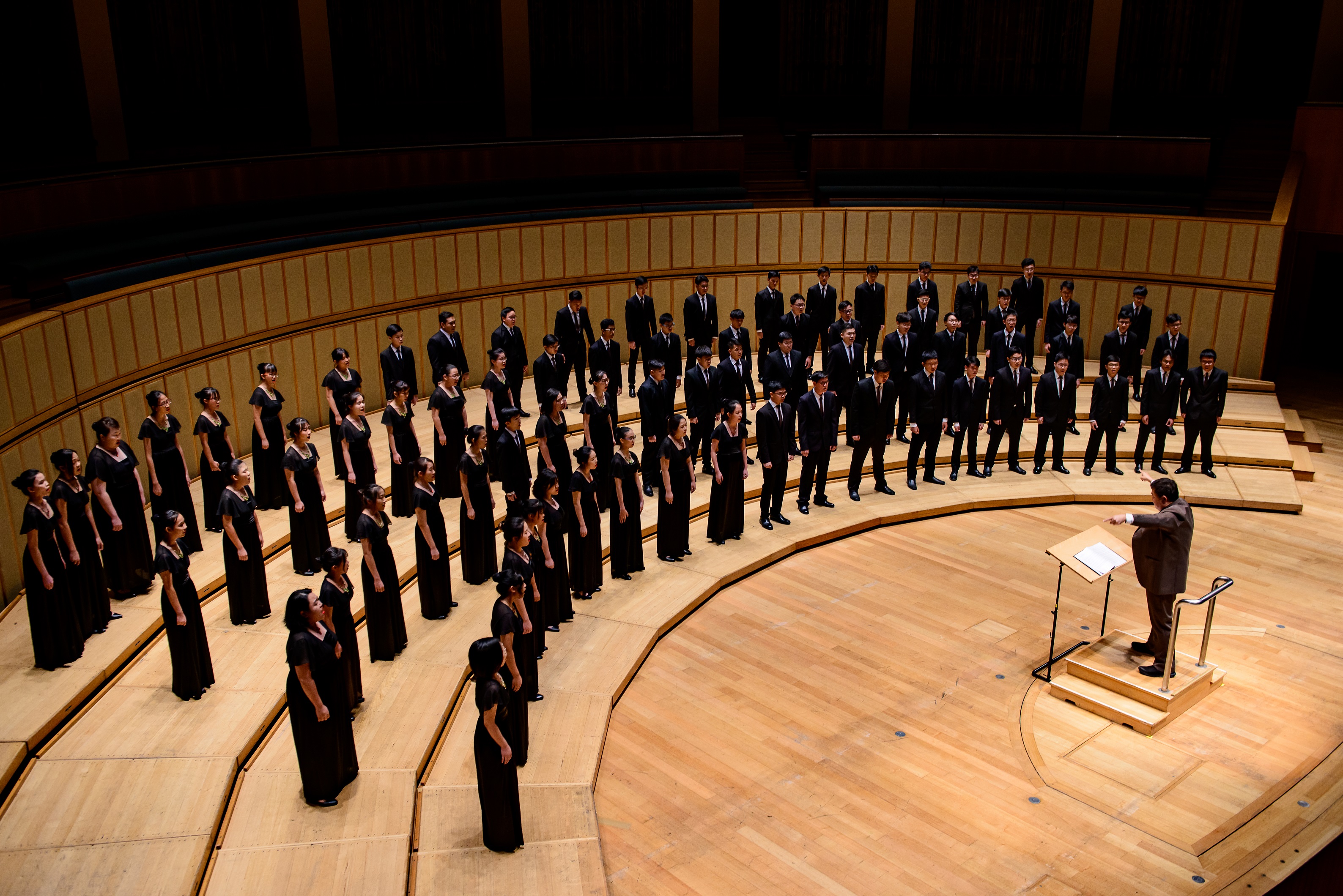 The Vocal Consort (TVC) was founded in September 2001 by renowned and award-winning choral conductor Professor Nelson Kwei. With aims of being a leading community choir in Singapore for the public to share their love for singing and to promote community bonding, TVC’s achievements have been acknowledged and soon became associated with the Siglap South Community Centre (Centre of Excellence for Performing Arts) in 2006. Affiliated with Choral Association (Singapore) and established as one of Singapore’s premier choral groups, its talented members range from choral hobbyists to musicians across students and working professionals who come together to share their passion for choral singing.

Since its inception, The Vocal Consort has been actively involved in numerous collaborations with national arts groups and has participated in several national arts events. In May 2011, TVC joined forces with the Singapore Chinese Orchestra (SCO) for the Singapore Arts Festival in “Elegances of Nanyin – A Heritage Journey”, which brought the performers and audiences on a quest for the roots of the Singapore Hakka Chinese. In 2015, TVC & SCO collaborated on the SG50 Gala Concert, where the choir performed a newly-commissioned patriotic work, “新加坡颂”, or “Song of Singapore”, written by SCO’s resident composer Law Wai Lun. Most recently, TVC was invited to join SCO in their premiere of The Nonya Journey as the backing choir to “The Journey of Lee Kan”, written by highly-acclaimed local composer, Dick Lee.

At the peak of the Christmas seasons, The Vocal Consort can be seen carolling at various prominent locations in Singapore, such as Concorde Hotel, Hilton Hotel, and the Esplanade Concourse, amongst others, during the holiday season to spread the festive joy to the public.

Over the years, as The Vocal Consort continually expanded its repertoire and its members’ age range, the choir began to explore different genres of choral music in its bid towards choral excellence. As such, there are currently five choirs housed under TVC: the main chorus, Coro di Signori, TVC Chamber Singers, The National Youth Choir of Singapore and Coro Delle Donne.

The Vocal Consort strives for opportunities to perform and compete abroad to gain international exposure and raise the choral standards of its members. In December 2012, TVC was honoured to be invited by renowned Sri Lankan musical act, The De Lanerolle Brothers, to have a feature concert in Lionel Wendt Arts Centre in Colombo, Sri Lanka. In 2013, being the 10th year since TVC embarked on its journey of international competitions, TVC participated in the 10th edition of A Voyage of Songs in Bangkok, Thailand in November 2013 and clinched the ‘Category Winner’ award in the ‘Mixed Voices (Open)’ category. In the festival grand finals, TVC won the prize of ‘Best Performed Piece’ with ‘The Battle of Jericho’, an energetic spiritual composed and arranged by Moses G. Hogan. In January 2016, members of The Vocal Consort were invited to the 33rd Korean Symposium on Choral Music and the International Choral Music Festival in Jeju, South Korea. Representing choristers of Singapore, they performed a number of songs, including Ronald Staheli’s arrangement of “How Can I Keep From Singing”, Eric Whitacre’s Lux Nova and Ēriks Ešenvalds’s Stars.